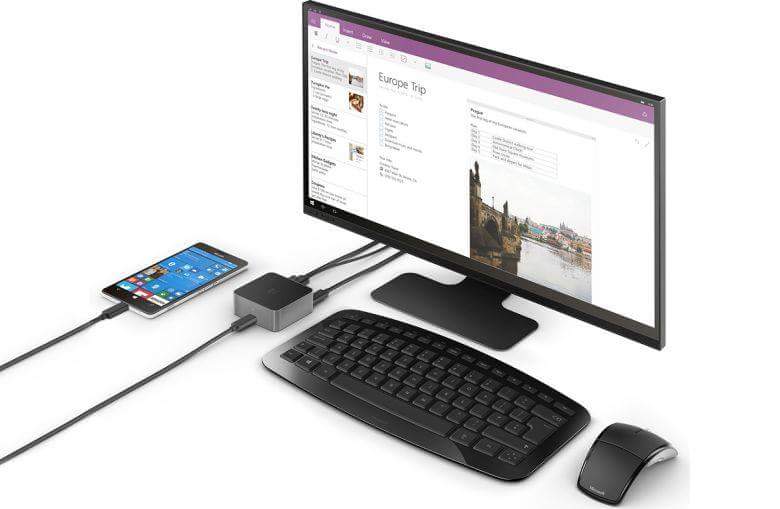 Did you know that Microsoft is coming out with a Lumia 950 cell phone that connects to monitors, keyboards and mice then transforms into a full blown PC?! It’s all apart of Windows 10 “universal” experience. Who would have thought that one day we would plug a 1080p monitor or flatscreen and up to 3 peripherals into a Lumia 950 cell phone and use it seamlessly as a desktop computer. Maybe Windows phones haven’t thrown in the towel just yet! Would you get the new Lumia 950XL? Run over to our Facebook to see what others are saying or share this with a friend!